This is the archive for January 2009 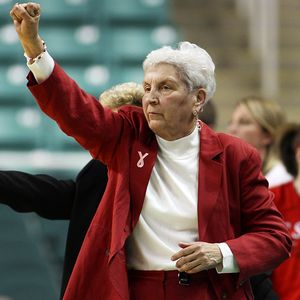 Stand Up For Your Brother?

It is a pretty wicked elbow to the schnoz, but my question is this... in the aftermath of the Malice at the Palace, how did Jeff Xavier's brother even make it onto the court? Seriously, couldn't security have jumped on this guy the moment he got onto the court? He made it all the way across the court to the official! He could've stabbed the guy or something! Look at what happened to Monica Seles, for crying out loud!

If this was at Podunk University's 300-seat arena, I could understand such lax security, but this is in a big-time Division I basketball game between Providence and Marquette. That's the vaunted Big East conference right there! That's like if I was able to run out onto the court during the Louisville/Pittsburgh game the other night and tackle Edgar Sosa.

Throw the book at this guy. Then pick up the thrown book and continue hitting him with it until EVERYONE gets the message that going out onto the field of play is a bad idea.

Alright, kids. This postseason has seen a hell of a lot of changes.

It seems like lots of fallout abound. So, here goes.

At large we have the following coaches still lucky to have a goddamn job.

And finally, the Jason Garrett might get this job team...

So, who's a definite lock to still going to have a job...

Hopefully this will help you figure out where your team stands. Any others to add, comments, please.

Talking To Myself About...

Rather than do something "usual" to kick start my 2009 bloggings, I wanted to do something different. I got this particular idea from a local writer named Terry Pluto, who writes for the Cleveland Plain Dealer (the only local paper I'll actually buy). Every so often he'll write a column where he's actually talking to himself about random sports related issues. Today, yours truly shall do the same thing. Len shall go one on one with...Mister Grimey on the Giant Meltdown (literally), the Truth About The Cavs and why Winters are longer than they should be (kidding).
[ Read More... ]

When It Rains, It Pours

The Carolina Panthers should be happy that it started raining towards the end of their humiliating loss at home to the Arizona Cardinals in the Divisional Round of the 2009 NFL Playoffs. The rain will be a nice cover-up for the tears that the Panthers players, personnel, and fans will undoubtedly shed as they sulk from defeat.
[ Read More... ]

Something tells me that if she'd fried that lizard first, it would have been gone in the first two seconds of the tape. Still, that's an impressive display of, uh... something horrible. Auburn fans everywhere are positively vomiting with pride.